Here is the self-confessed Slinger´s electric companion, a huge onset tour de force hailing from the realm of San Pedro (FR) and that should cause weird effects through Invention´s great (golden) Ass. First came Gunslingers, raising against the Big Bullshit, then came No More Invention, wearing a nine-acts sling of an hilarious outrage, introducing the ultimate assault of her illegitimate 3 sons, also known as massacre-rock deviant inquisitors, a French deconstructionist trio who needed to abuse the artifacts of some Lost Rock Synthesis in one Total, furious & quintessential record, like an evil paradox of Rock.

Comes with 4p.booklet of awesome artistic statement in a limited digipack edition! Loud & irreverent up to hilarity, and paradoxically, largely out of any category, this freakish explosive mixture, recorded in 2007 in three days, re-pioneers the hijacking of Rock landmarks. Probably based on Lady Hysteria´s (herself) voluntary uncontrolled intent, Gunslingers´ No More Invention spreads the enlightenment of catastrophic happenings and a non-sense of epic Blackout scenes into electric rounds fury. Be prepared for a constant state of shock! 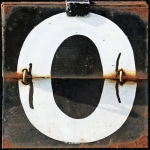