This CD-release is the first of a WIS-Dragonwyck trilogy. The group from Cleveland (OH) was one of the most promising bands in that area, opened shows for bands as Foghat, Golden Earring, Edgar Winter Group etc. The mood of the music is dark, mystic and strongly influenced of the times´ spirit and the Hippie age, anything goes!

Shortly after highschool in 1970, the 5 guys recorded 7 tracks, released a test pressing on Pama Records in an edition of only 85 copies. It was reissued in the 1990´s by Rockadelic Records as limited edition on LP and CD, since then this band is a milestone for all heavy psychedelic music collectors. Jim Morrison and The Doors brought main inspiration to Dragonwyck´s music, with the small difference; the songs are heavier and more progressive; the sound is not just dominated by great vocals, there are lots of freaked out heavy guitar solos and swirling Hammond B3 organ, which brings the individual note to the music.

This CD is from the mastertape which seemed to be lost, contains 5 bonus tracks (3 unreleased), a bio, cool original artwork and photos. This is the second edition with an extra 8 p. booklet! 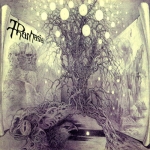 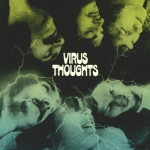 The Tea Company "Come And Have Some Tea With..." LP 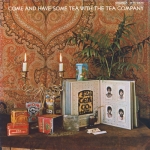