Pentagon was the first group on the small Munich label German Blues and Underground, which later on also released the two Siloah records. The 7' single was supposed to be followed by an LP, but it never got beyond the dubplate/acetate stage, a kind of demo pressing. A music cassette, however, was released, the simple cover of which was used for the LP cover, too. Although very young at the time, the three musicians already played respectable blues rock. The tracks of side 2 of the vinyl album were taken from the master tape, the tracks of side 1 were digitally decrackled by Cedar's NoNoise system. It's a first-class find, saved from oblivion in the very last minute. The title means in English 'The expulsion of the evil spirits from the Pentagon'. With 8-page insert in LP size. Limited edition of 1000 numbered LPs. 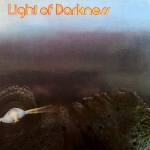