Brainstorm, a very sophisticated progressive jazz-rock band of the early seventies, quickly landed a recording contract with Intercord's Krautrock sub-label Spiegelei, where their two LPs "Smile a while" (1972) and "Second smile" (1973) were released together with the 7'-single "You're the one / Das Schwein trügt" (1973). "Last smile" features a so far unreleased live gig, recorded during the band's final period in spring 1974 and containing two hitherto unknown tracks. Their style was unchanged and their musical mastership evident. The 32-page colour booklet contains a very detailed list of their official releases, including predecessor and offspring bands as well as solo enterprises. Roland Schaeffer, by the way, subsequently joined Guru Guru. Many fans of jazz-rock featuring saxophone, clarinet and flute will love this album. 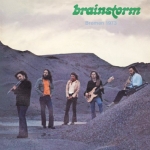 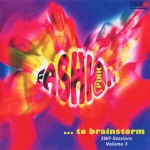